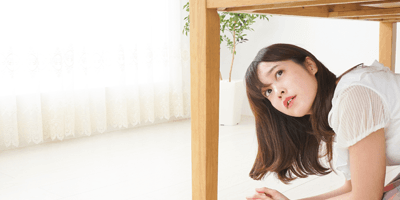 Federal, state and local emergency management experts and other official preparedness organizations all agree the “Drop, Cover, and Hold On” is the appropriate action to reduce injury and death during earthquakes. The Shake Out is our opportunity to practice how we protect ourselves during an earthquake. This page explains what to do — and what not to do.

Protect Yourself, Spread the Word

Official rescue teams who have been dispatched to the scene of earthquakes and other disasters around the world continue to advocate use of the internationally recognized "Drop, Cover and Hold On" protocol to protect lives during earthquakes:

If there isn’t a table or a desk near you, drop to the ground in an inside corner of the building and cover your head and neck with your hands and arms. Do not try to run to another room just to get under a table.These are general guidelines for most situations. Depending where you are (in bed, driving, in a theater, etc.), you might take other actions, as listed in Step 5 of the Seven Steps to Earthquake Safety.The main point is to not try to move but to immediately protect yourself as best as possible where you are. Earthquakes occur without any warning and may be so violent that you cannot run or crawl; you therefore will most likely be knocked to the ground where you happen to be. You will never know if the initial jolt will turn out to be the start of the big one. You should drop, cover and hold on immediately!In addition, studies of injuries and deaths caused by earthquakes in the U.S. over the last several decades indicate that you are much more likely to be injured by falling or flying objects (TVs, lamps, glass, bookcases, etc.) than to die in a collapsed building.As with anything, practice makes perfect. To be ready to protect yourself immediately when the ground begins to shake, practice Drop, Cover and Hold On as children do in school at least once each year. Practice this with your families.

What Not to Do

Do not get in a doorway. An early earthquake photo features a collapsed adobe home with the door frame as the only standing part. From this came our belief that a doorway is the safest place to be during an earthquake. In modern houses and buildings, doorways are no safer, and they do not protect you from flying or falling objects. Get under a table instead.Do not run outside. Trying to run in an earthquake is dangerous, as the ground is moving and you can easily fall or be injured by debris or glass. Running outside is especially dangerous, as glass, bricks, or other building components may be falling. You are much safer to stay inside and get under a table.Do not believe the so-called “triangle of life.” In recent years, an email has circulated which has recommended potentially life threatening actions and the source has been discredited by leading experts.