Draper Fire operates a crew of over 65 firefighters in three platoons, who rotate shifts and fire stations on a regular basis. Paramedic, fire safety, special situation rescue, and many other skills and training are required to keep our city safe and protected from natural disaster, wildfire, and a host of other emergency situations.

Meet the Draper City Fire Department Battalion Chiefs who manage our platoons and the multitude of operations they implement to keep our city and its residents safe and protected. 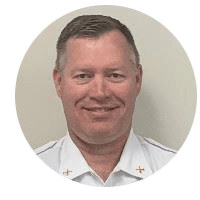 Chief Holt started his career in firefighting in 1995 when he became a volunteer firefighter for the City of Sandy. He was then hired full-time as a firefighter for Sandy in 1996. Throughout his Sandy career, he was promoted to Paramedic, Engineer, and then Captain. He attended paramedic school in 1998 and has been using his paramedic skills for the last 22 years.

In 2006, Chief Holt began working part-time for the Bluffdale Fire Department, where he was a Captain over medical training and oversaw the medical training and Image Trend reporting software for fire and medical calls. He has assisted several agencies throughout the Salt Lake Valley in setting up their Image Trend reporting software. Chief Holt is also able to work part-time for the Bureau of Emergency Medical Services, where he set up the Image Trend software for the State of Utah, and assists the State in training rural EMS agencies on how to use that same software. 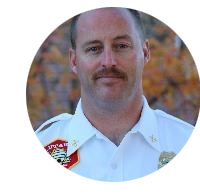 Cody came to Draper Fire Department at its 2017 inception as a Captain, and was promoted to the rank of Battalion Chief in August of 2018. Cody’s Fire career began in 1998 where he worked in Wildland Fire while preparing for Paramedic School. His Structure Fire career began in 2000, and since then he has served in many capacities, including Paramedic, Engineer, Captain, Hazmat Technician, Rope Rescue Technician, Confined Space Technician, and Fire Marshal. 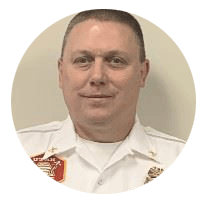 Chief Lambert has been a member of the Draper City Fire Department from its inception. He came over as a Captain, bringing many years of experience and education. He holds two bachelor’s degrees, “Health Administration/Health Promotions” (WSU) and “Public Emergency Service Management” (UVU); over 200 certifications specific to EMS, Fire, and Law Enforcement; and has over 25 years’ experience in Fire and EMS. Chief Lambert has progressed steadily throughout his career holding several positions: EMT, paramedic, medical training officer, firefighter, engineer, investigator, heavy rescue technician, and captain. He was promoted to the rank of Battalion Chief on August 7th, 2019.

As Battalion Chief, he oversees the daily operations of C-Platoon. Additionally, his responsibilities include: